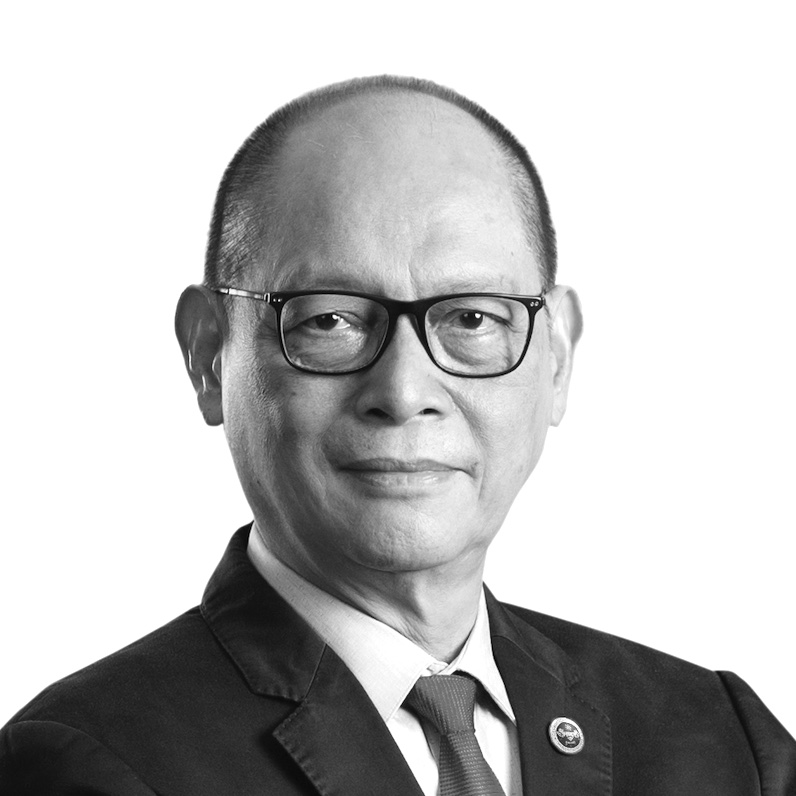 Secretary, Department of Finance, Republic of the Philippines

Dr. Diokno is the current Secretary of the Department of Finance (DOF). Prior to his appointment as fiscal chief, he served as Governor of the Bangko Sentral ng Pilipinas (BSP) from 2019 to 2022. Under his leadership, the Philippine central bank was among the first to respond to the pandemic and deploy decisive measures to cushion the adverse impact of the pandemic and pave the road to recovery. Before taking charge of monetary affairs, he served as Budget Secretary under three presidents where he pursued an expansionary fiscal policy to finance investments in human capital development and public infrastructure.

As Finance Secretary, Sec. Diokno seeks to rally the economic team to achieve three broad development goals by 2028: reduce the deficit-to-GDP ratio to pre-pandemic rates, bring down poverty incidence to single-digit, and achieve upper-middle-income economy status by the end of the Marcos administration. Sec. Diokno seeks to go beyond headline economic expansion and achieve a brand of inclusive and sustainable growth with equity.

Sec. Diokno’s policy expertise and research contribution extend to various areas of public economics, such as the structure and scope of government, tax policies and reforms, public expenditure management analysis, fiscal decentralization, national budget, and public debt, among other topics. He has extensive experience in implementing reforms in the public sector, having also served as Budget Undersecretary from 1986 to 1991 and Budget Secretary from 1998 to 2001.

He is Professor Emeritus of the University of the Philippines-Diliman. Over more than 40 years, he taught the following courses: Public Sector Economics, Microeconomics, Macroeconomics, Development Economics, and Special Topics (e.g., Public Enterprises Investment and Pricing Policies; Public Sector Reforms; Local Government Finance, etc.). He was also Chairman of the Board of Trustees of the Pamantasan ng Lungsod ng Maynila (City University of Manila).

Some of the major policy reform contributions of Dr. Diokno include: providing technical assistance to the 1986 Tax Reform Program to simplify the income tax system and introduce the value-added tax, helping design the 1991 Local Government Code of the Philippines, initiating a What-You-See-Is-What-You-Get policy to streamline the release of funds, and sponsoring the internationally lauded Government Procurement Reform Act to modernize, regulate, and standardize government procurement activities in the Philippines.

He served as an adviser and consultant to various multilateral agencies like the World Bank, Asian Development Bank, European Commission, and USAID for work in the Philippines, China, and transitioning economies like Vietnam, Cambodia, and Mongolia.

He has also participated in numerous international conferences hosted by the IMF, ADB, World Bank, APEC, and UN, among other international organizations. He authored numerous publications and discussion papers regarding his research interests that have been published in academic journals and policy reports.

He finished his Bachelor’s Degree in Public Administration (1968) and his Master’s Degree in Public Administration (1970) and Economics (1974) at the University of the Philippines. He also holds an M.A. in Political Economy (1976) from the Johns Hopkins University in Baltimore, Maryland, USA and a Ph.D. in Economics (1981) degree from the Maxwell School of Citizenship and Public Affairs, Syracuse University in Syracuse, New York, USA. In 2017, he received an honorary Doctor of Laws degree from the University of the Philippines—the highest academic rank and honor conferred by the University.