Championing the climate fight at the local level: The British Embassy dialogue with local chief executives through ULAP to be delivered by Eco-Business 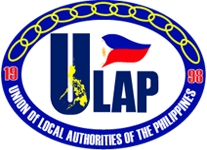 December 11th, 2020 marked the Paris Agreement’s fifth anniversary. While the world remains dangerously behind schedule in slowing down the catastrophic impacts of climate change, recent years have seen incremental—yet, insufficient--progress towards climate action.

As it has cast a spotlight on the terrible impacts of humanity’s neglect of nature, the Covid-19 pandemic has also accelerated much-needed decarbonisation of economic activities.

Amid the pandemic, some local government units (LGUs) have demonstrated major progress in advancing low-carbon development, building resilience, and driving impactful climate action. While the progress has been significant, many more LGUs can be engaged to champion the climate fight.

Last year, Quezon City joined only 88 cities worldwide that earned an A score from global carbon disclosure non-profit, CDP. An A score means Quezon City has a publicly disclosed city-wide emissions inventory and reductions target, and a published climate action plan. It also means that the city has completed a climate risk and vulnerability assessment and put in place a clearly laid out climate adaptation plan.

Elsewhere in Southeast Asia, a region where a massive up to US$ 350 billion pandemic-related stimulus has been channelled, governments have the perfect opportunity to hit the reset button and recalibrate economic development set on a more sustainable, climate resilient path.

Local chief executives are uniquely positioned to start a new chapter in their LGUs’ socio-economic recovery. In various Southeast Asian cities where up to 100 more million people are estimated to move from the countryside by 2030, experts are proposing governments to capture the Covid-linked  green recovery momentum to incentivise green infrastructure projects, such as improving pedestrian and bike lanes, electrifying public transport, and promoting energy-efficient buildings.

This a by-invitation only event for Local Government Units in the Philippines.
Please write to ping.manongdo@eco-business.com to join.

National President, Union of Local Authorities of the Philippines

Draft Nationally Determined Contribution and the Role of LGUs

The great reset: How can cities chart a climate-resilient post-pandemic future?